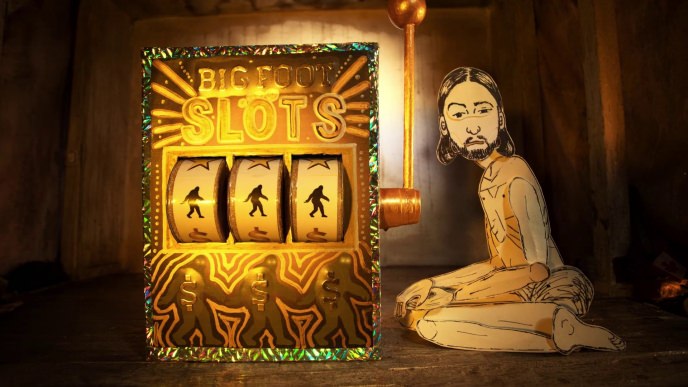 One of the foremost Métis media artists practising in Canada today, Terril Calder is a multi-disciplinary creator born in Fort Frances, Ontario, and currently living in Toronto. Calder’s Métis lineage is from the Red River Settlement and the Orkney Cree Métis. While her current practice is focused on stop-motion projects, which she writes, directs, crafts and animates, Calder also has an extensive background in performance art, visual art and media art.

Calder attended the University of Manitoba’s Fine Arts Program, graduating with a major in Drawing and a minor in Film. While in Winnipeg, she exhibited her multi-media and performance artwork with the influential Student Bolshevik group and was a member of Video Pool. After moving to Toronto following her studies, Calder became a founding member of the 7a*11d International Festival of Performance Art, where she curated visual and performance art exhibitions. Since the 1990s, Calder has lectured and taught art at organizations such as the National Ballet School of Canada, the Toronto District School Board, Art in the Park, the University of Manitoba, Indigenous Roots and imagineNATIVE, and in numerous Indigenous communities in Canada.

Calder’s films have been screened at major festivals and venues across Canada and internationally, including the Toronto International Film Festival, the Sundance Film Festival, Rotterdam, the Berlinale, the Tampere Film Festival and imagineNATIVE. In 2019, the Winnipeg Film Group presented the first retrospective of her work, and in 2020 she received her first film festival retrospective, at the Ottawa International Animation Festival. Calder’s notable film honours include Best Experimental Film from imagineNATIVE for The Gift, an Honourable Mention at the Sundance Film Festival, a Genie Award nomination for Best Animation and a Special Mention at the Berlinale (Generation 14+). Her films Choke (2011) and Snip (2016) were both selected for TIFF’s annual list of Canada’ Top Ten Shorts. Additional awards include best animation prizes at the Dreamspeakers Festival, the Winnipeg Aboriginal Film Festival, the Indianer Inuit film festival in Stuttgart, and the Intercontinental Biennale of Indigenous Art in Piura, Peru, as well as a Pixie Award for animation. In 2016, Calder won the prestigious K.M. Hunter Artist Award for her contributions to the media arts.

In addition to her most recent animated project, Meneath: The Hidden Island of Ethics, Calder is co-creating a stop-motion video game with Meagan Byrne, providing animation for Alanis Obomsawin’s Green Horse project, and creating an animated art installation with the Glenn Gould Foundation in celebration of Obomsawin’s lifetime achievement award.