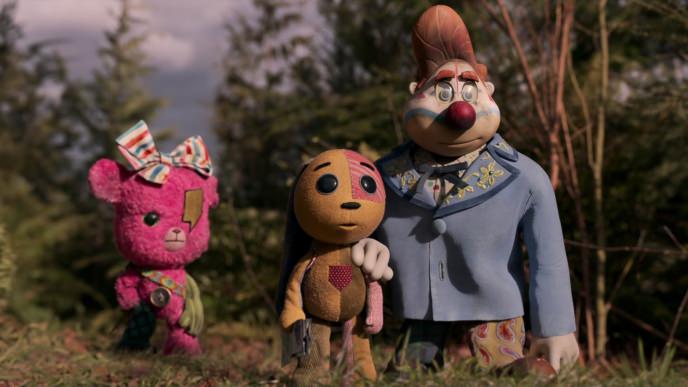 Film Music: Appalachian Lord of the What?!

The Future of Immersive Storytelling

Scot Stafford is a muliple award-winning sound supervisor and composer in film, animation, and immersive formats. He recently scored LOST OLLIE and children's hit TRASH TRUCK, and is currently creating the score for Shannon Tindle's upcoming ULTRAMAN. Following the success of his first score for Pixar’s PRESTO, he co-founded Pollen Music Group in 2010. Through Pollen he has worked on dozens of AR and VR projects with Baobab, Oculus Story Studio/Fable, and Nexus, but is primarily known for his pioneering work on all seventeen Google Spotlight Stories, which he served as Creative Director of Music & Sound for the entirety of their 6-year run. The Emmy-nominated SONARIA was his directorial debut. Last year he garnered his third MPSE award for sound, and is currently working on several projects for Netflix, Oculus, and Pink Floyd.