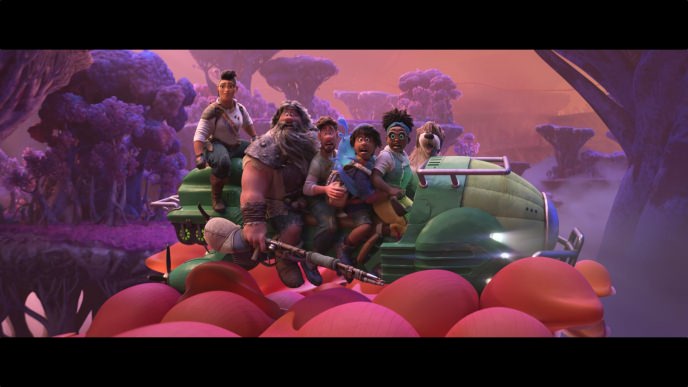 ROY CONLI (Producer) previously produced Walt Disney Animation Studios’ Oscar®-winning feature “Big Hero 6.” Conli joined Disney Animation in 1993, and after assembling all the creative elements for “The Hunchback of Notre Dame” and launching the project, he relocated to France to oversee the contributions of the Paris-based animation team over the two-year production schedule. Upon completion of the film, he remained in France and guided production on the animated films “Hercules” and “Tarzan.” Conli returned to the studio in Burbank to produce “Treasure Planet” and then served as producer of Disney Animation’s 50th animated film, “Tangled.” He is a member of the executive leadership team for Disney Animation.

Since 2014, Conli has also been a producer for Disneynature films including “Dolphin Reef,” “Elephant,” “Penguins” and “Born in China.” He recently produced three episodes of Disney Animation’s first-ever animated series, “Baymax!” streaming June 29, 2022, on Disney+.

Born and raised in Los Angeles, Calif., Conli studied theater at San Francisco’s prestigious American Conservancy Theater (ACT). A chance meeting with a group of creative talents from the Pasadena Playhouse led Conli to a position with the legendary theater and, ultimately, a four-year stint as director of operations. In that role, he initiated a restoration of the neglected venue and helped guide the theater to its official reopening in 1983.

Conli subsequently moved to Boston where he continued his education at Boston University and eventually earned an M.F.A. After graduation, he served as associate producer for the Camden Shakespeare Festival in Maine. In 1989, Conli joined the production team at the Mark Taper Forum, the leading regional theater in Los Angeles. Over the next four years he managed all special projects and new play development for the Taper, where he helped launch premieres of such award-winning plays as “Angels in America,” “Jelly’s Last Jam” and “The Kentucky Cycle.”