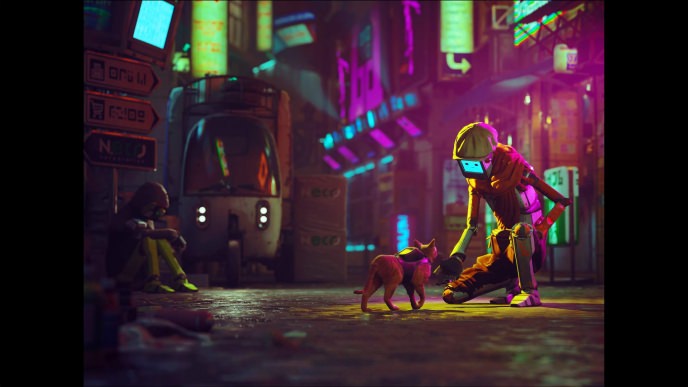 Building the World of Stray

Nicolas Millot is a Senior Level Artist at Blue Twelve studio who started in the game industry at Bizarre Creation in 2009 before joining studios like Playground Games, Ninja Theory, Ubisoft, Arkane studio and Adobe Substance. Working on broad genres of games as well as in archviz projects made him a bit of a jack of all trades. Since joining the team of Stray in early 2020, he contributed to the project on many fronts, from concept to level design, art, lighting and silly dialogues.