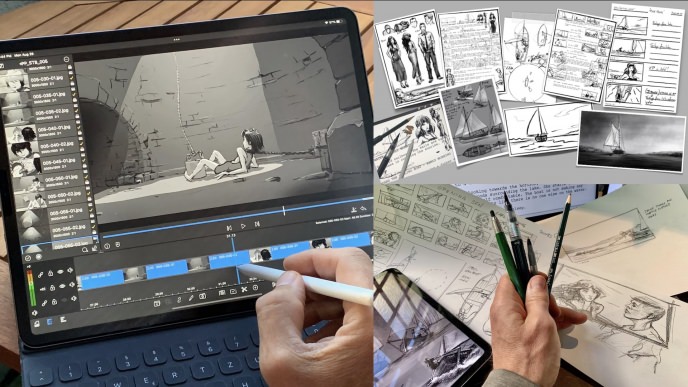 Turn Your Scripts into Storyboards with Characters

Graduated 1990 with Diploma in Graphic Design, Coldewey started his career as Animation Assistant in an animation studio in Munich, followed by teaching animation at the Academy of Fine Arts, Munich. Since 1993 Coldewey started Computer Animation as a pioneer at the times and produced various commercials with his company. 1995 Coldewey founded with Producer Eberhard Junkersdorf (THE TIN DRUM) the largest Animation Studio in Germany at the time: Munich Animation Film and directed the animated feature THE FEARLESS FOUR (Warner Bros.). 1997 he directed the animated feature HEAVY METAL 2000, (Columbia Tristar, USA, produced by Kevin Eastman, creator of TEENAGE MUTANT NINJA TURTLES). Coldewey founded 1998 TRIXTER and started his own IPs like the franchise of LILLY THE WITCH (based on KNISTER’s children books) and the French co-production DRAGONHUNTERS. On the service work he is credited for movies like: AVENGERS 1 and 2 (Marvel, Walt Disney), IRON MAN 2 and 3 (Marvel, Walt Disney), CAPTAIN AMERICA 1,2 and 3 (Marvel, Walt Disney), CLOUD ATLAS (X-Filme, Warner Bros.), GUARDIANS OF THE GALAXY Vol.2 (Marvel), SPIDERMAN HOMECOMING (Marvel/Sony), CAPTAIN MARVEL, JIM BUTTON 1+2, BIOHACKERS and many more. 2013 – 2017 Coldewey was a member of the advisory board of the German Filmfund (DFFF). In March 2015 Coldewey joined the team of Professors at the University for television and film in Munich (HFF München), 2022 joined the Professors at the Media Design University of Applied Sciences (MD.H Munich). Michael Coldewey was awarded with the German TV Award, the Bavarian TV Award and nominated for the German Academy Award “Lola”. He is member of the European and German Academy of Motion Pictures and the VES (Visual Effects Society).