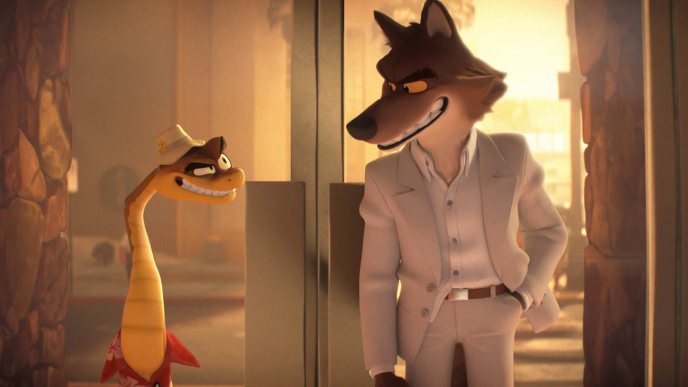 Mixing 2D and Illustrative Techniques in "The Bad Guys"

Matt Baer joined PDI/DreamWorks in 1999 to work as a Clothing Artist on the Academy Award® winning Shrek.  He continued his career on Shrek 2 contributing to effects, clothing development, and crowds.  Matt served as an effects lead on Madagascar, where his work earned him a nomination for an Annie Award.

Matt was promoted to Head of Effects on Shrek 3, where he received a nomination for a Visual Effects Society award, and continued his role onto the Oscar® nominated (Best Animated Feature) films How to Train Your Dragon, which won both Annie and VES awards for Best Effects, and The Croods, which was also nominated for Annie & VES awards.  Following these successes, Matt has been promoted to Visual Effects Supervisor where he helped launch the DreamWorks short film program, leading teams in the adoption of new technology on the short films Bilby and To: Gerard. He earned is first VFX Supervisor credit on Trolls World Tour and most recently served as VFX Supervisor The Bad Guys.

Prior to joining PDI/DreamWorks Animation, he was an Effects Animator at Tippett Studios, Santa Barbara Studios and Electronic Arts and was a Software Consultant for Alias/Wavefront in Santa Barbara.