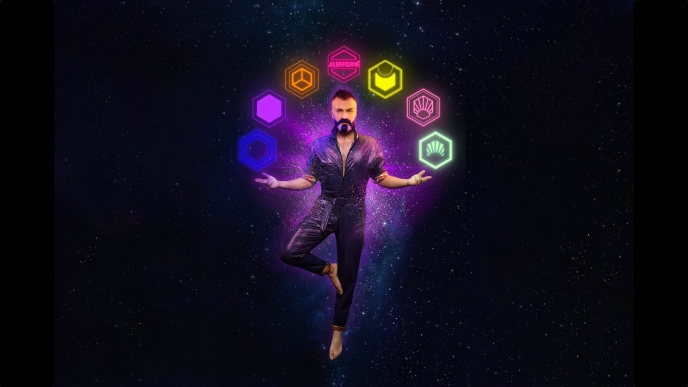 Before he founded, together with Julien Fournié, the Haute Couture house they are both managing, Jean Paul Cauvin has explored many fields. After studying and mastering several languages, after training and teaching in a Paris-based acting school, he has been for nine years in the 1990s, the Marketing Head Officer at France 2 (France’s second most popular TV channel). When supermodel Laetitia Casta decided to become an actress, she chose Jean Paul as her manager to rule over her various agencies worldwide as a model and an actress. This is how this one-man band has met with the world of fashion... and with Julien Fournié.

After exploring with supermodels, at the turn of the century, the technical and business opportunities around 3D virtual counterparts for fashion models, he decided to accompany Julien Fournié in his incredible will to conquer and transform the world of Haute Couture.

Working at the side of the haute Couture designer for 20 years, he has been accompanying all of his managing, marketing and creative challenges, with enthusiasm and down-to- earth wisdom.

Favorite quote: “You're entirely bonkers. But I'll tell you a secret: All the best people are.” (Lewis Caroll)