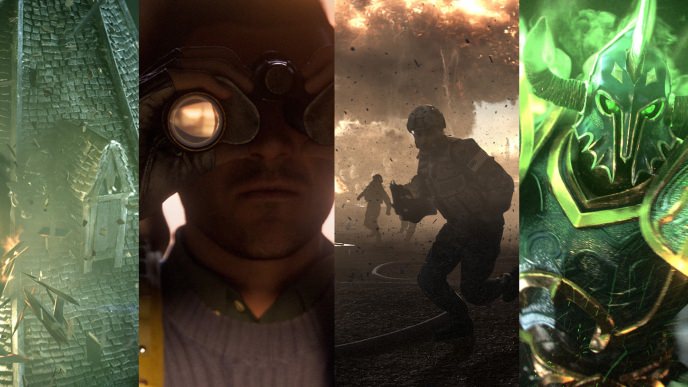 Hugo Guerra is an award-winning Director and VFX Supervisor. After finishing his Fine Arts degree, he worked in Portugal and Sweden before moving to the UK where he was a freelancer for several years. In 2010 he joined The Mill London as a VFX Supervisor and as Head of the Nuke Department where he worked with clients like Audi, Adidas, Nike, IKEA, Panasonic, Discovery Channel, Sony, Activision, and Ubisoft, to name a few. In 2014 Hugo joined Fire Without Smoke as a Director and Visual Effects Supervisor, working on trailers for games studios like CCP, Ubisoft, Deep Silver, Square Enix, Sony, Warhammer, etc. Most recently Hugo worked as a VFX Supervisor for Sony Playstation and worked as a Film Director for Rebellion Studios directing the cinematic trailer for Sniper Elite 5. He is also very active as a teacher and lecturer of Visual Effects, making keynotes in festivals all over the world in partnership with BenQ, Foundry, ActionVFX and Ftrack. Hugo is also a content creator on YouTube and Twitch with his channel Hugo's Desk and he is the co-host of the VFX Notes Podcast with Ian Failes from Befores & Afters