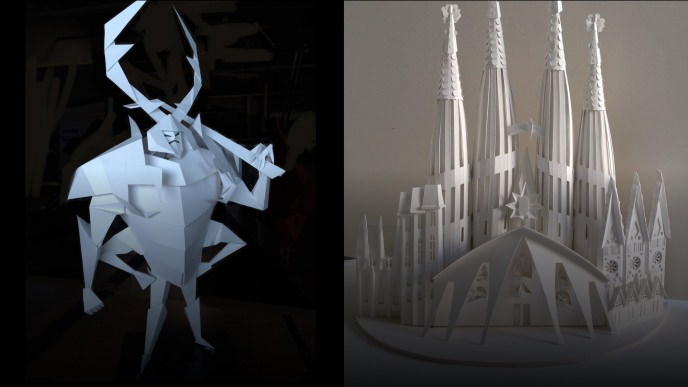 Megan Brain trained as an illustrator and traditional 2D animator at The Academy of Art University in San Francisco, but discovered an interest in paper sculpting a few years after graduation. That exploration in the medium quickly became her passion and her specialty. In 2005, Megan art directed a music video for a show at Cartoon Network Studios. Shortly after that she worked on two animated segments for Nickelodeon's "Yo Gabba Gabba”. Megan went on to create paper sculptures for television commercials and films such as Dreamworks "Madagascar 2"and Laika Studios "Kubo and the Two Strings". The bulk of her career has been with Walt Disney Imagineering, where Megan was lead designer on 15 projects. She's created character puppets, architectural models, parade float concepts, and large art installations. Recently Megan has expanded into the children's picture book world as both a writer and an illustrator. She is represented by Anissa Dorsey and Mona Kanin at the Great Dog Literary group.